Posted at 20:08h in Blog by Swami Ishwarananda 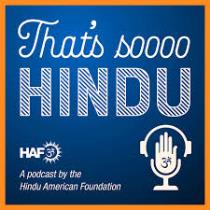 The podcast that interviews entrepreneurs and activists, politicians and professors, journalists, entertainers, spiritual teachers, and more on how Hinduism shapes their work and lives. All American. So Hindu. Brought to you by the Hindu American Foundation.

In this installment of our Swami’s Speak series, Suhag Shukla talks with Chinmaya Mission’s Swami Ishwarananda about the role of spiritual teachers in modern society, the importance of building Hindu communities and not just temples, and his inclusive definition of Hindutva.

Be The Best
The Choice is Ours